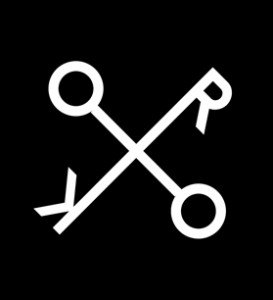 Xorko is a collaborative movement between mainly Cypriot artists, musician and djs. The main goal is to create an environment where people with the same interest can exchange knowledge over art collaborations without money involved in the picture.

Focusing on the newest genres, influential electronic music from all over the world and experimental constructions, they are trying to break through the sonic barriers that exist in Cyprus’ soundscape.

Their first Collaboration Compilation includes all of their current working music members, it symbolises the beginning and they are very glad to share it with you. It’s a much softer release than the past post-noise sound (doesn’t mean they won’t go back). It’s including new members like Legendary Birds, a Bromantic band with beautiful stories to tell, collaborations between Maria Panosian x Nico Stephou and Maria Panosian x Evagoras Bek, new songs by O Kipros Al Habibi featuring a cover of the 90’s Cypriot Hip Hop band Dj Ponokefalos, Fabrice Jambon shows his teeth with Kopfkino, The Black Post Project making their debut, Meltlights showing off their abstract skills and last but not least Evagoras Bek, closing this whole thing up with his beautiful guitar no-fi ballad.

We were ready for recording, we were having our last cigarette outside helen’s basement in which we had put all the equipment we had (90’s mixer and amplifier, an acoustic guitar, two MacBooks, two super nice pioneer speakers and a Korg Kaossilator Pro) when our friend Nanos had one of his usual scientific breakthroughs and discovers something new and wants to share. We can only see a very small amount of the colors that actually exist, he said with a dog smile face, that’s because we developed our view based on what colors our planet’s atmosphere has. So i continued wondering out loud if the blackness we see when we go outside our planet were actually colors and things right there but we can’t see them. And so deeply but subconsciously inspired only later realized, we made music. The three of us with friends, Evagoras Bek, Nico Stephou and the lovely and talented Miss Veronica//G.

visit the web site of xorco Creative Working and Living in Berlin – The Betahaus