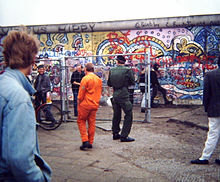 The wall was opened on the 9th of November 1989 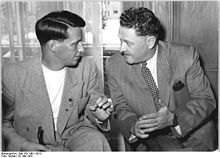 Nazim Hikmet with Stephan Hermlin at the Writers Congress in East Berlin 1952. Hikmets poems were translated in East Germany in 1959, in the West it took until 1970.

The Photos of Richard Peter and Karl Heinz Mai after 1945 show a destroyed country after the second World War.

The most important movement in the young GDR was the social engaged Art Photography. The Artists of this period wanted to show the human being inside his living circumstances.

23 years ago the wall in Berlin was opened. It was an unexpected move by the supressive Socialist Regime of Erich Honecker and the first step to the reunification of East and West Germany.

Lots of necessary changes were made, but some fast decisions like the demolition of the Palace of the Republic also destroyed monuments of a past, that had been a reality for East Germans for centuries.

The photographs of the GDR are illustrating the spirit of different periods of a vanished country.

Music: East of Berlin from Soundcloud

Closed Society, Photography from the GDR 19491989 from InEnArt on Vimeo.