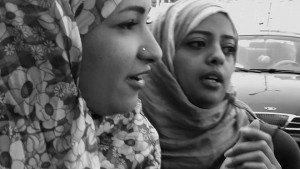 In the summer of 2011, Hassan Khan was halfway through his first solo show in New York, at the Queens Museum, when the curator, Sohrab Mohebbi, organized an evening of video screenings at Alwan for the Arts, in lower Manhattan, followed by a conversation with the artist. Khan lives and works in Cairo, and he travels extensively to execute and exhibit his work. He couldn’t be in New York for the event, so he Skyped in from home, groggy in the early morning hours either from sleep or lack thereof.

In the museum, Mohebbi had placed The Hidden Location (2004), Khan’s magisterial, 52-minute, four-channel video installation, in dialogue with a selection from Lust (2008), a series of 50 seemingly incidental, everyday images, described somewhat evocatively as “photographic miniatures,” which Khan took using the camera on his mobile phone. After the opening, Khan had also performed The Big One (2009), an hour-long concert synthesizing precise elements of new wave shaabi music, a genre he adores, and also records with studio musicians in Cairo, in part for the purposes of interrogating the popularity of a musical style that is at once gritty, rude and excessively sentimental. For the screening program, Mohebbi presented Transitions (2002) and a pair of Khan’s early video works from the late 1990s, rounding out a picture of his practice without being retrospective about it.

Read the full text by Kaelen Wilson-Goldie at Nafas

Hassan Khan draws out the subliminal in objects and circumstances that exist in social and historical environments. His works produce a tension between the nature of these objects and their changing contexts. Some of these objects stem from Khan’s personal biography, while others derive from figures and images of lingering artifacts that allude to specific civilizations and subcultures. This results in an artistic practice that is responsive to the monumental products of human development, collective moments and the immaterial charge of the objects and gestures that lie between.

Exhibition of Hassan Khan at Salt Timekeeper at The Empire Project