Sinopale (Fourth Sinop Biennial in Turkey): Art in the Era of Corrupted Information 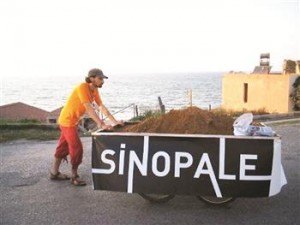 The Fourth Sinop Biennial invites artists and curators to deal with the notion of spreading information through shadows and darkness rather than through light as a response to the existing global politics surrounding development projects in the city of Sinop along the Black Sea coast. The artists are mainly invited to produce interactive work to receive the direct involvement of the residents of the city. Most of the selected artists will be using open source digital technologies, not only for practical reasons for their art production means, but also for the philosophical stand of the open source platform for sharing information and knowledge as opposed to the dominant knowledge production and distribution systems. The artists are not only invited to involve the public in their interactive work dealing with shadow and hidden connotations, but also to provide a variety of workshops to increase public awareness around the decisions about their city, following the prevailing nature of the Sinopale. 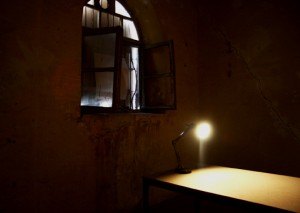 The use of shadow as a medium, intentionally or unintentionally intends to invite the viewer’s attention to the unwanted and uncanny images – the shadow. It does not only have boundless possibilities for interactivity and playfulness that opens up a space for collective memory, joy and expression, but also provides an alternative space for spreading information.

In Plato’s fictional dialogue, his friend Socrates begins by describing a scenario in which what people take to be real would in fact be an illusion. He asks Plato’s brother Glaucon to imagine a cave inhabited by prisoners who have been chained and held immobile since childhood: not only are their arms and legs held in place, but their heads are also fixed, compelled to gaze at a wall in front of them. Behind the prisoners is an enormous fire, and between the fire and the prisoners is a raised walkway, along which people walk carrying things on their heads “including figures of men and animals made of wood, stone and other materials”. The prisoners watch the shadows cast by the men, not knowing they are shadows. There are also echoes off the wall from the noise produced from the walkway.

Socrates suggests the prisoners would take the shadows to be real things and the echoes to be real sounds, not just reflections of reality, since they are all they had ever seen or heard. They would praise as clever, whoever could best guess which shadow would come next, as someone who understood the nature of the world, and the whole of their society would depend on the shadows on the wall.

Harun Farocki will participate in Sinop with the movie „Prison Images“ (2000):

A film composed of images from prisons. Quotes from fiction films and documentaries as well as footage from surveillance cameras. A look at the new control technologies, at personal identification devices, electronic ankle bracelets, electronic tracking devices. The cinema has always been attracted to prisons. Today’s prisons are full of video surveillance cameras. These images are unedited and monotonous; as neither time nor space is compressed, they are particularly well-suited to conveying the state of inactivity into which prisoners are placed as a punitive measure. The surveillance cameras show the norm and reckon with deviations from it. Clips from films by Genet and Bresson. Here the prison appears as a site of sexual infraction, a site where human beings must create themselves as people and as a workers.