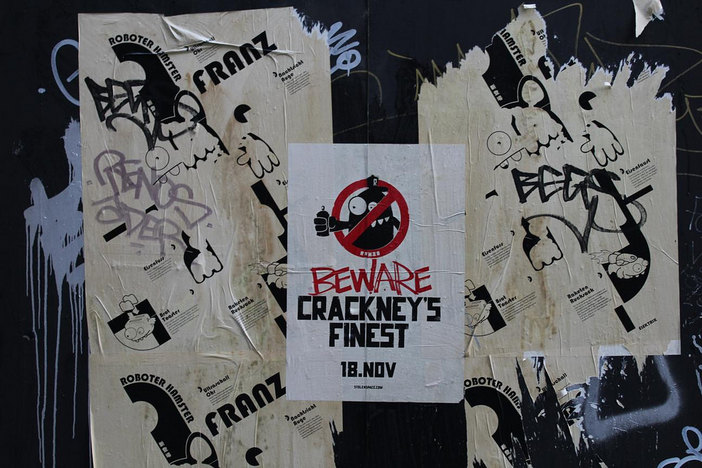 The Olympics opened in (East) London this week.  Next door to the Olympic Stadium, just across the canal, is Hackney Wick, which in recent years has experienced a proliferation of street art.  Here, Street Art London presents a modest collection of some of the finest street art to be seen in Hackney Wick and also aims to provide a little background on some of the street artists at work over there.  Be sure to pay a visit to Hackney Wick and try to find some of the works. The Olympics trys to clear them everyday.

The logo for the Olympics in London in 2012 is obvious in the streets of London. An angular, jagged, dynamic signature, like the city itself is a logo in graffiti style.

Above all, it should sell well – the Summer Games, and just a little bit more.
“The problem with the Olympic logo, it looks like a graffiti signature – ie a piece of street art,” says the blogger Callum Lee. “At the same time the London Olympics organizing committee goes through the streets and paints over our graffiti… ”

The fight the road has started: the Sprayer against the Olympic purity. The scene takes on the challenge and comment on the games in their own way. There are even guided tours of the best Walls.

It seems that the Olympic spirit fired the spirit of the London street artists. Who has the most staying power, who makes the city more beautiful, who is the real vandal?

And the London Olympic logo? Street art leader Karim has his own theory about this: “More specifically, it has more of a 1980s-style,” said Karim of street art in London. “The neon colors and the sharp corners are really Eighties. Politically, this has already a certain irony when one considers that we are facing exactly as it was in a recession and the Conservatives are back in power.” The crisis in the back, ahead of the Olympics – for the road can only be good. London street artist are certainly ready. 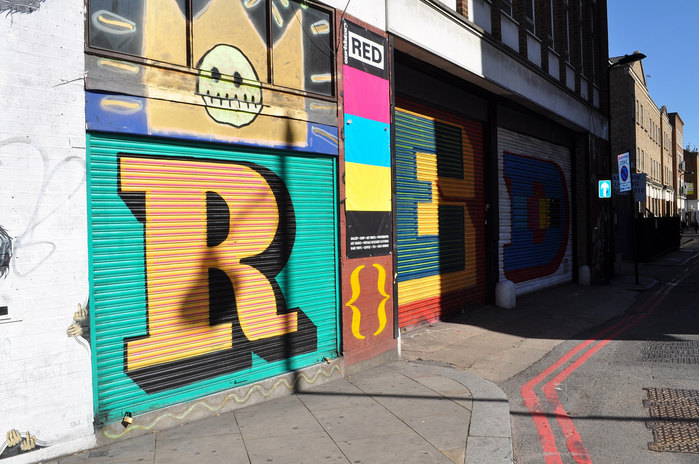 The street art tour by Street Art London is a walking tour around East London’s creative hub for those who want to see all of London’s greatest pieces of street art and find out more about the street artists behind them. They show you all the secret spots, a few forgotten about Banksys and street art from the likes of Roa, Invader and C215! For those with an interest in photography it is also a fantastic oppurtunity to document some of the world’s finest street art. 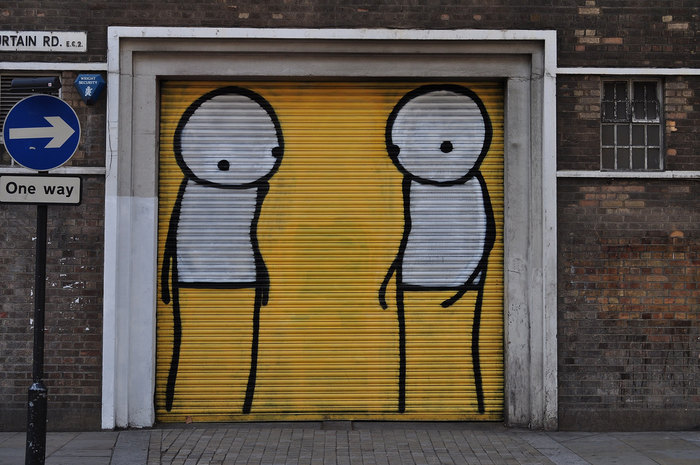 Get the Street Art iPhone App