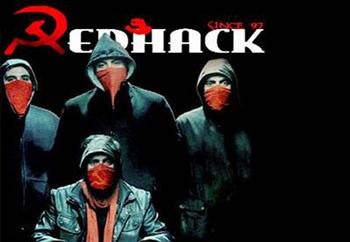 The socialist group RedHack has begun to disclose the identities of police informants after academics and journalists who supported the group were threatened.

The Ultra-nationalist hacking group “Akıncılar” (Raiders), who had identified RedHack members as “traitors,” released information on academics and journalists who supported RedHack and threatened to stage online attacks against them.

RedHack reacted to the disclosure by revealing the full identities of a number of police informants which it had obtained over time. The group sbegan uploading several .txt documents at half past midnight today with the first file being 77 megabytes in size.

“Those who disclosed the identities of academics and journalists who support us should receive the same treatment as us,” RedHack said with the information release.

A prosecutor had demanded RedHack be recognized as a “terrorist organization” after the group hacked into Turkish Foreign Ministry databases on July 3. RedHack had disclosed the identities of all foreign diplomatic personnel working in Turkey in a bid to protest the “Turkish government’s meddling in Syria” and to “commemorate the 19th anniversary of the Sivas Massacre.” Turkish authorities closed down RedHack’s Twitter account after the incident, which had more than 40,000 followers.

A blog page was opened by opponents of RedHack at redhackgercekleri.blogspot.com, where academics and journalists who supported the group were threatened. RedHack had announced they would reveal the identities of police informants and the identities of those who threatened their supporters in return. Hacker Who Outed George W. Bush as a Painter Gets 4-Year Jail Sentence