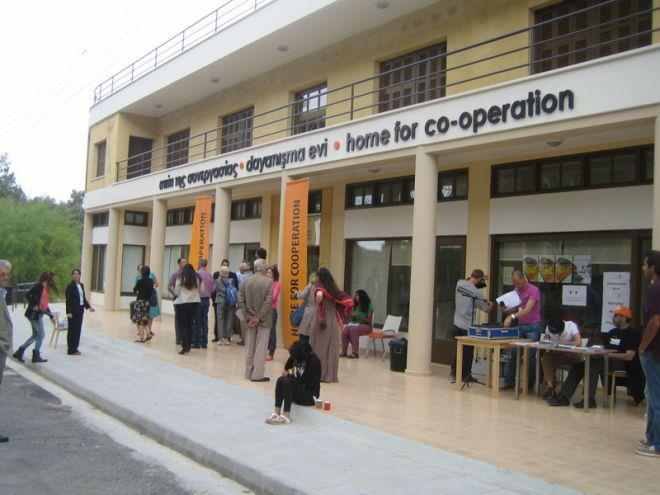 Financed by the European Union and co-hosted by the UNDP Partnership for the Future and the Association for Historical Dialogue and Research (AHDR). Research and drawings for the exhibition created by Anita Bakshi.

Nicosia’s walled city has always been a place where the many layers of Cyprus’ cultures and histories converged. With the gradual division of the city which began from the late 1950s onwards, the vibrant urban landscape, with its rich set of social, cultural and economic relations was radically altered. A visible outcome of this process has been the decay of the areas around the Green Line. While the buffer zone is an obvious urban absence, it is also representative of inaccessible histories. This exhibition attempts to render this place and its associated narratives more visible. 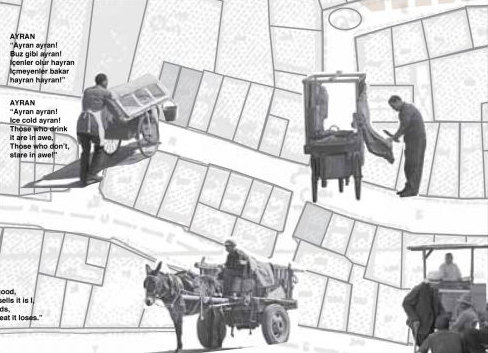 Nicosia: Topographies of Memory presents the research of Anita Bakshi, who sought to uncover the memories of Ermou Street, now enclosed within the buffer zone, and the areas around it, where all communities in Cyprus traded and shopped together. This area is an important resource, containing a wealth of information about the nature of coexistence and conflict between diverse communities in Cyprus. The impetus behind this place-based research stems from a recognition that the multiple perspectives from which Nicosia’s history can be viewed have often been held in the shadows, as traditional narratives have focused on specific aspects of the past while downplaying others.

This exhibition attempts to bring this information to light by reconstructing the Ermou marketplace – using maps that were created from memories and narratives provided by shopkeepers who once worked or lived in this area. The exhibition reveals that memories are incomplete and oftentimes in conflict with each other, raising the question of how we may seek to grapple with complex and varied portrayals of the past. A complete and full reconstruction of the past may never be possible. In many ways, the exhibition is only a starting point for a much longer process on questioning how learning about and from the past can carry on. One thought on “Nicosia Topographies of Memory”